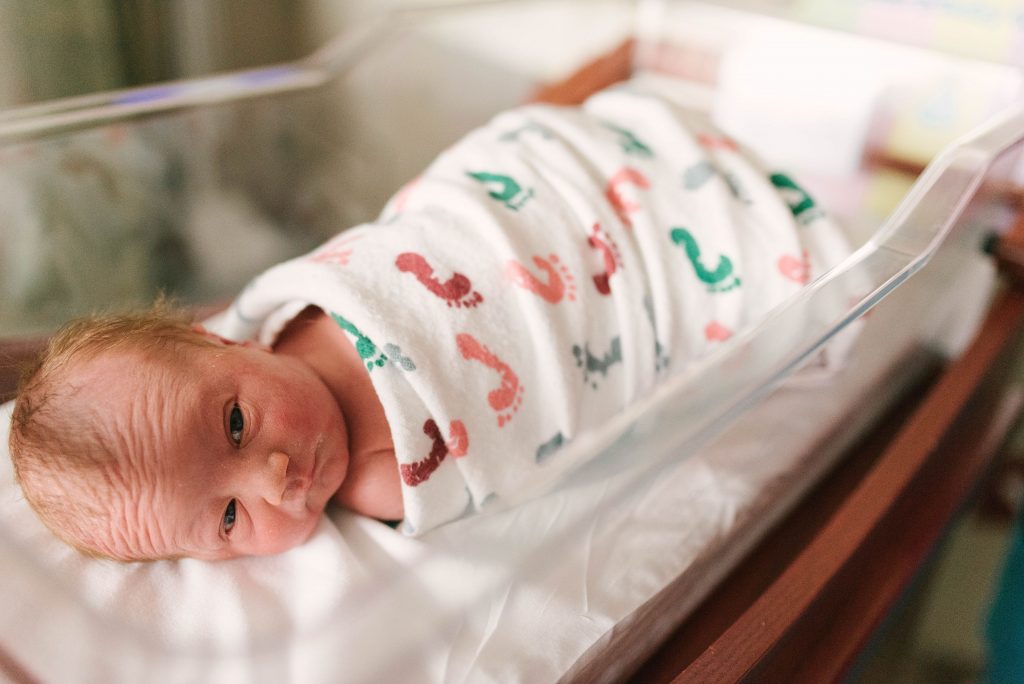 Simon Troxler Carter made his grand entrance into the world on December 13th, 2018. It will always be remembered as one of my favorite days, as two of my most loved people were born on December 13th (his Aunty Al as well!). His birthday story is at the bottom of the page for those who care to read it!

Below are a few samplings of Fresh 48 photos. After having Si and looking back through these photos I cannot recommend Fresh 48 photos enough. They will never be that tiny and new again. I had a friend recently ask if I thought it was worth doing Fresh 48 photos and Newborns, and for me I say YES. Here is the reason why. Fresh 48 photos are super simple. They are in the hospital with mom+dad+sibling (if you want). Baby is literally just born within the last 48 hours and I’m there to capture the sweetness of the family meeting and bonding with their newest little member. Newborn photos are wonderful too, but they are a little more posed and put together. I bring baskets, wraps, and we work with baby to get wonderful shots. Both sessions are amazing, but just different. I would love to talk with you more about my newborn packages! E-mail beccakatephotograpy@gmail.com for more info! 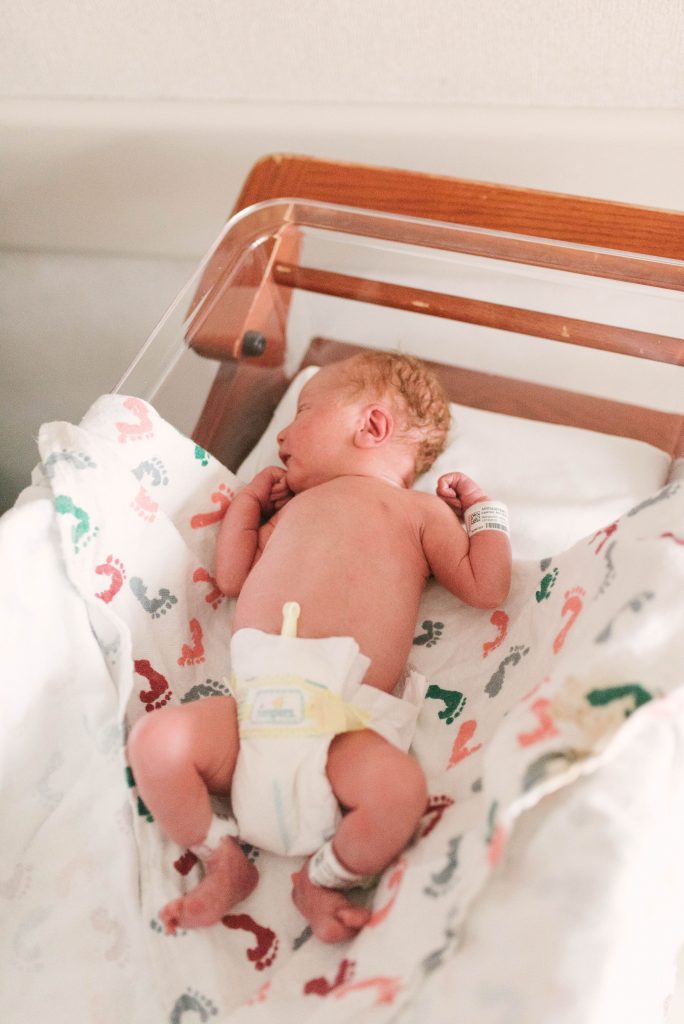 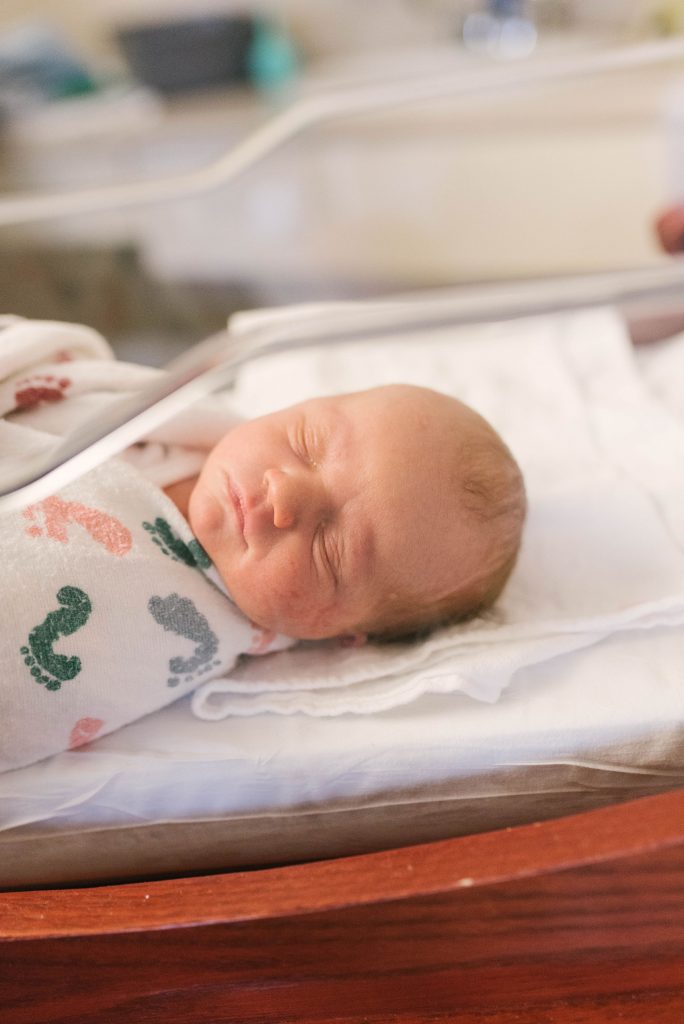 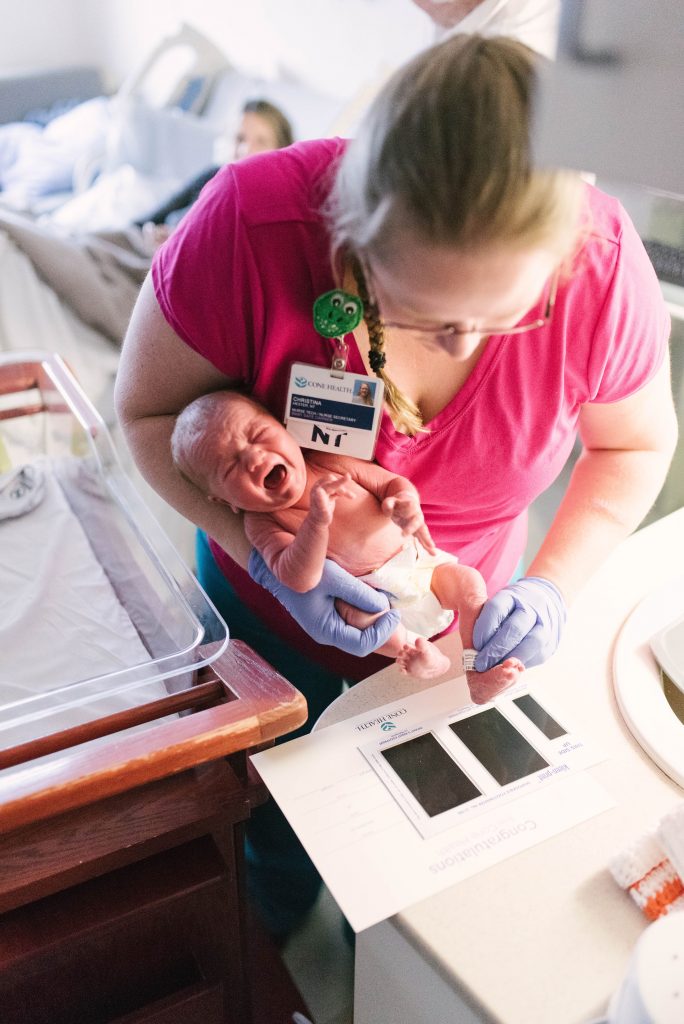 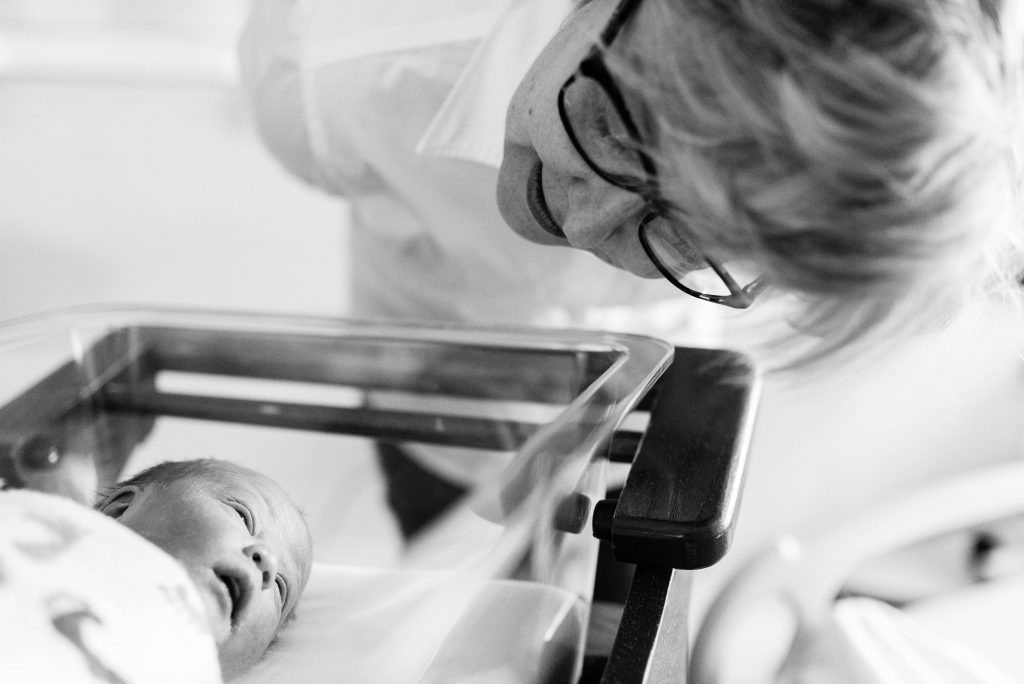 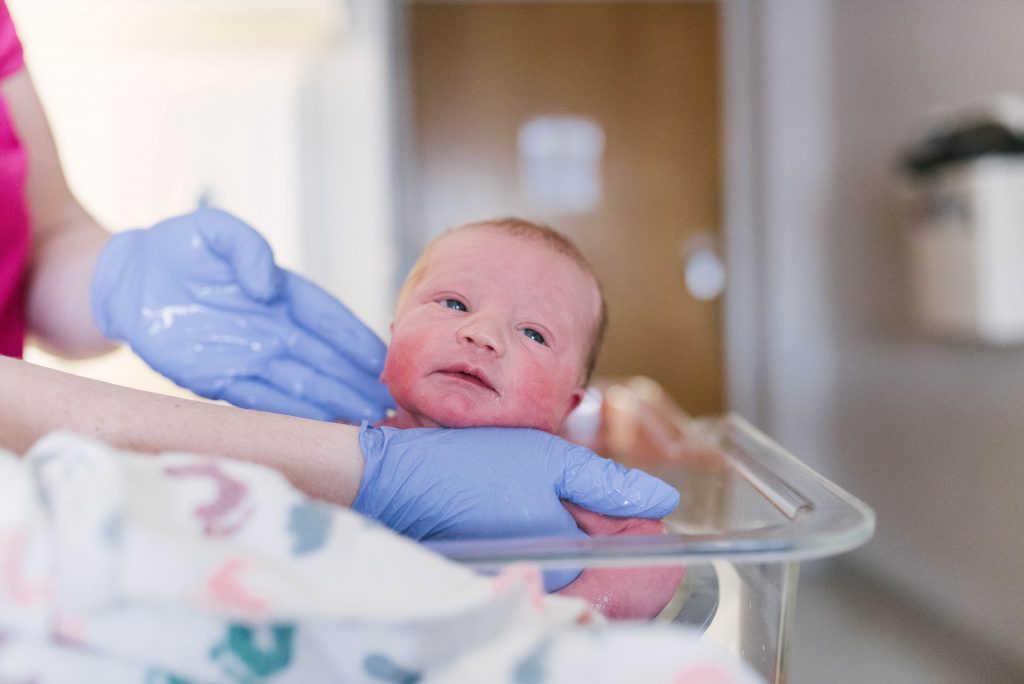 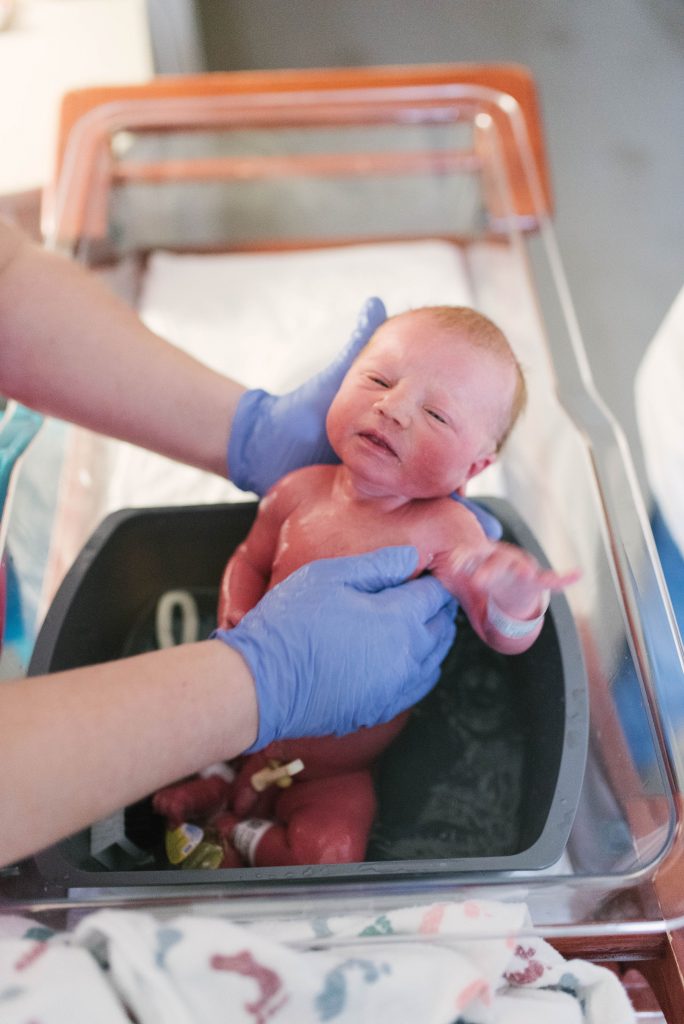 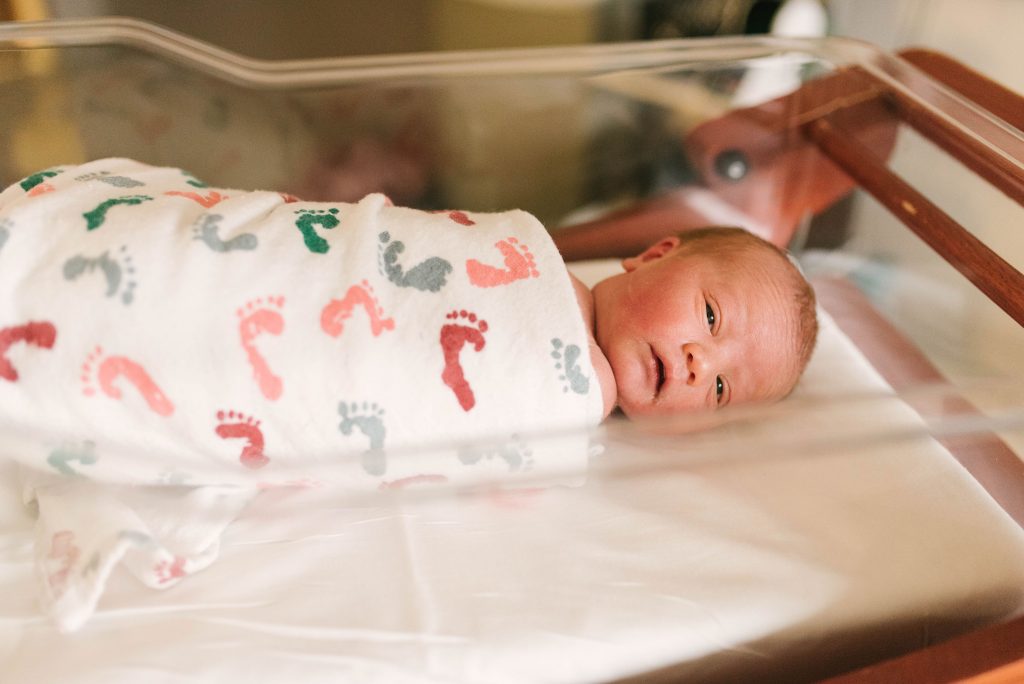 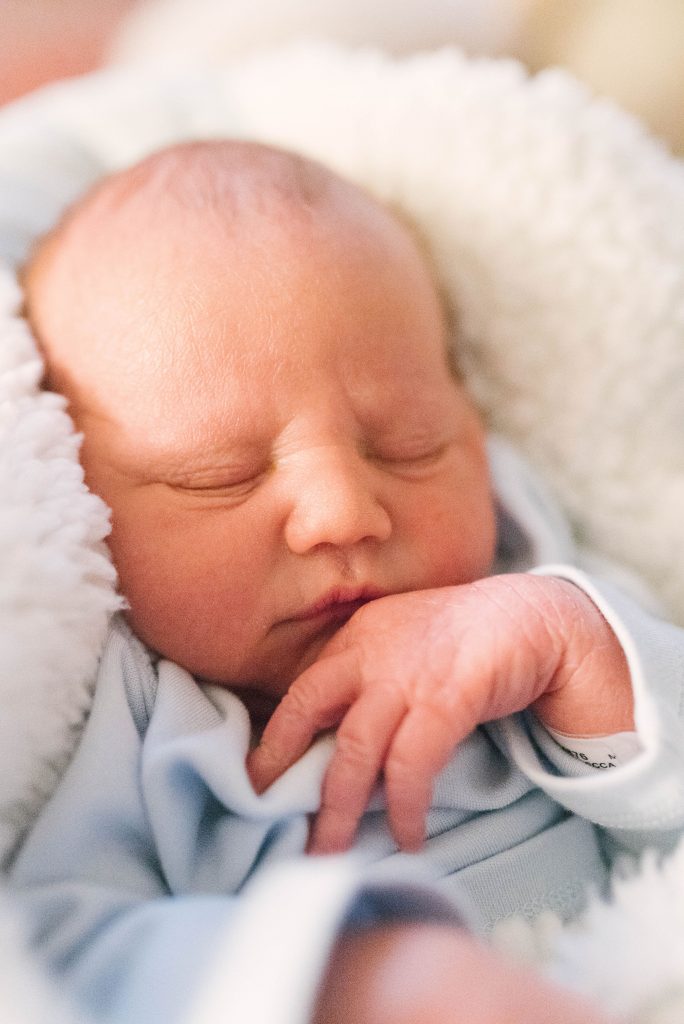 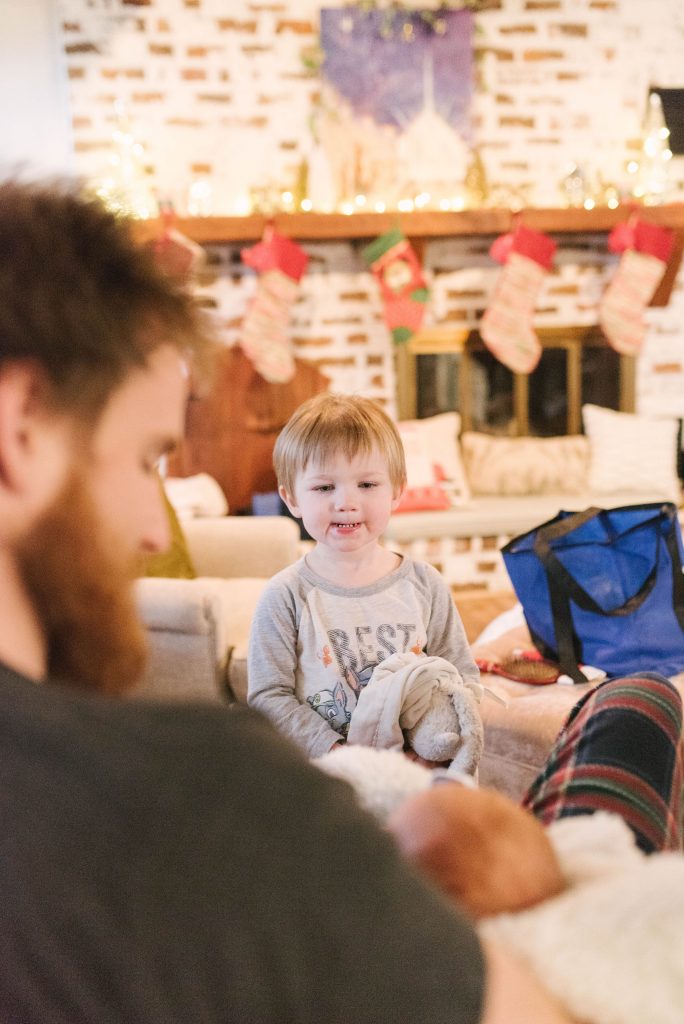 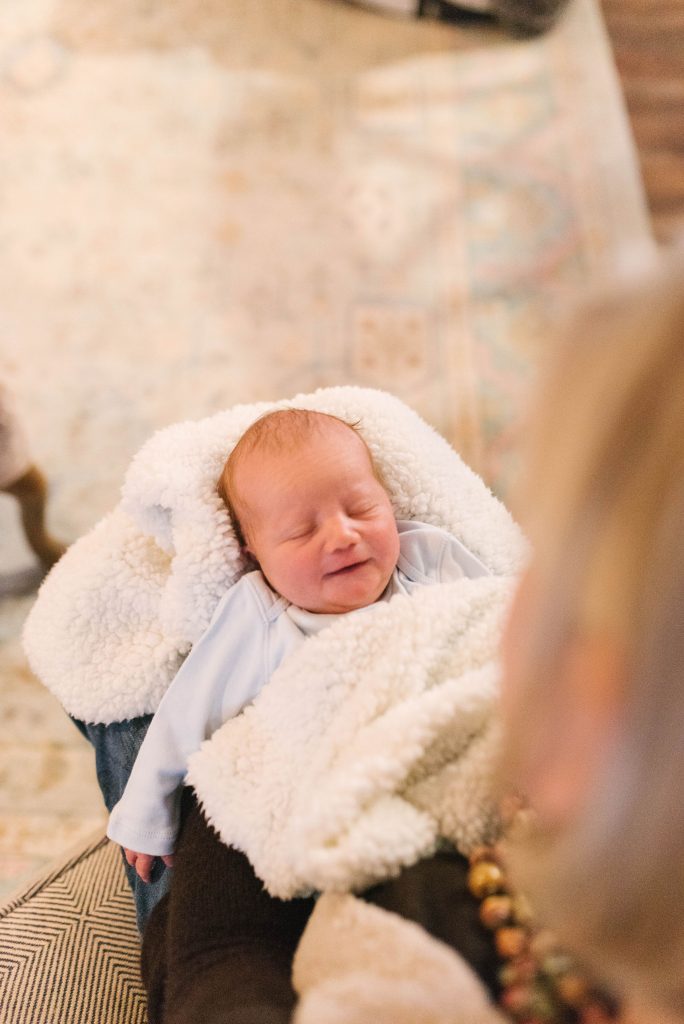 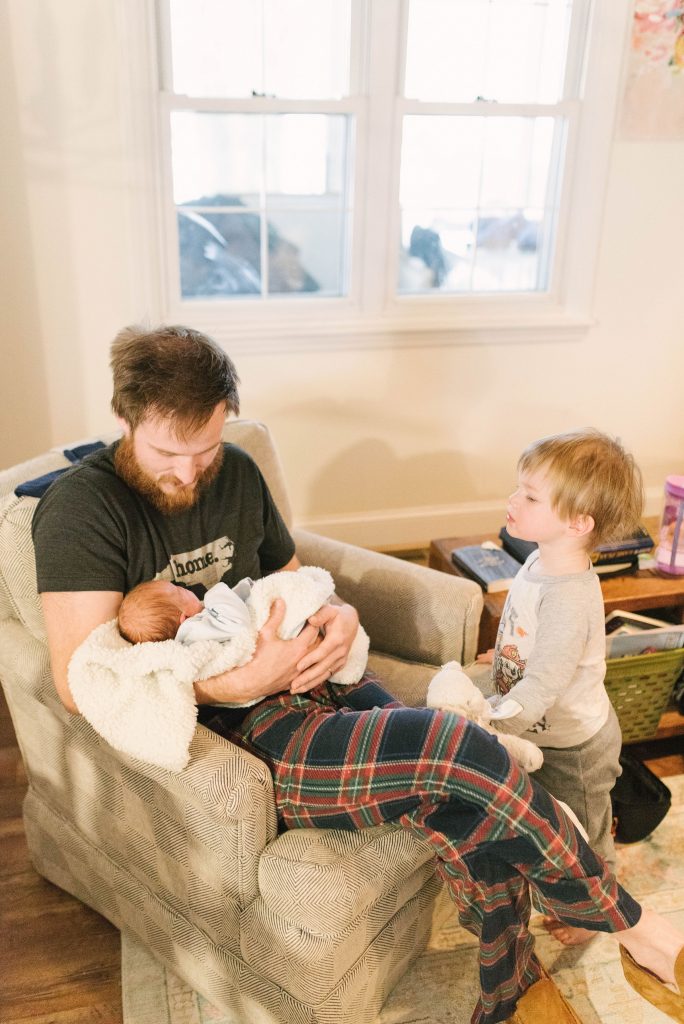 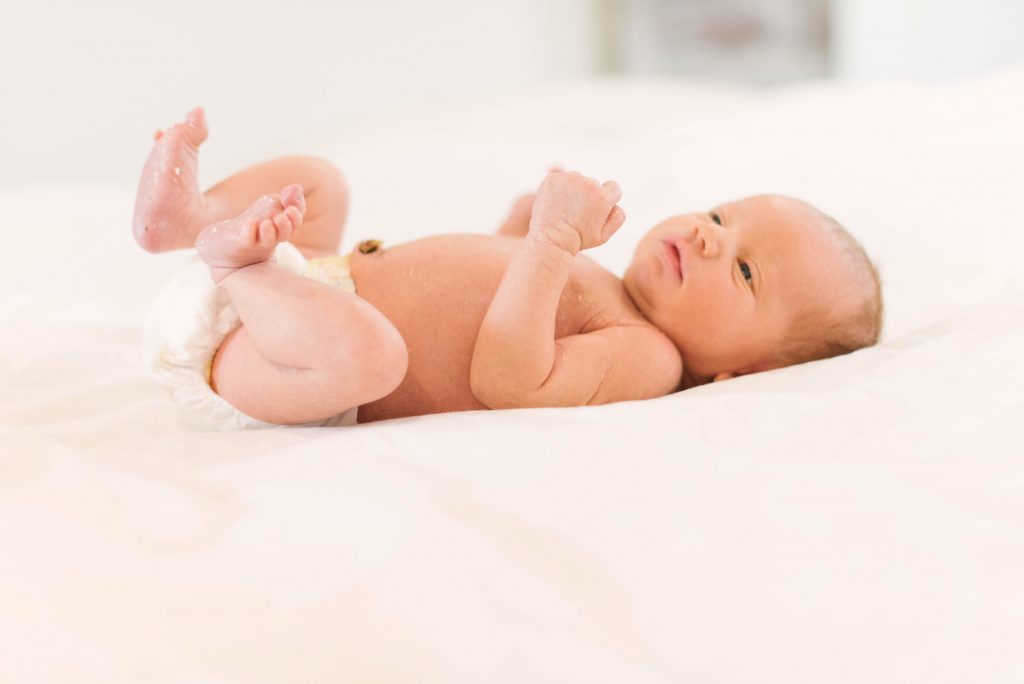 I’m not really a birth story writer, but when it’s such a God story I feel like it needs to be recorded. The end of my pregnancy with Simon was stressful to say the least. I really thought I had been exposed if not contracted 5th disease in my 3rd trimester and a few other events that made the last few weeks harder then normal.

I had an ultrasound at around 35 weeks to measure how big Si was because we were slightly concerned he was going to be very large like his brother Bear (9.2 lbs)! They said he was measuring a tad large at 35 weeks, especially his head. We decided to schedule an induction around 39 weeks as not to have a 9+ pounder! My induction was scheduled for December 17th.

Around 37 to 38 weeks I noticed a decrease in movement. Si had always been a real mover and kicker and in the last two weeks he really slowed down. I been extra anxious towards the end of pregnancy so I kinda chocked it up to that, but still it was so noticeable that I got up at night to drink orange juice and count his movements multiple times. I decided I would mention it at my weekly 38 week OB appointment.

All throughout my pregnancy we had joked that baby boy was going to be born on my sisters birthday- December 13th, but we all knew it was a long shot being 10 days before my due date and rare that anyone in our immediate family has babies early. My niece AnnaGrace was born on my birthday and we all thought it would be so cool for Si to share a birthday with his aunty Al. My sister had been praying that it would be the 13th and I had said a few prayers myself.

My 38 week appointment was on December 12th at 3:40pm. The day was pretty normal. James had a teacher workday because of snow and Bear had a rough day potty training (with his first poop on the floor incident). Alex picked me up around 3:00 and we planned to go get our nails done after the appointment. We stopped at Starbucks on the way and I got a caramel iced latte. Random details I know, but they still stand out in my mind. Al dropped me at the OB and told me to text her when I got out. She was going Christmas shopping.

When the nurse asked me all the normal questions all I said was he has been moving less. She said I would need a non-stress test. Honestly, I was like oh great, I’m going to be here an extra hour and I really want to get my nails done – haha. She hooked me up to the little monitor, gave me some water, and told me to press a button anytime I felt movement. Even with a Carmel latte and some cold water the Si man only moved a few small times. When she came back after 20 minutes I figured that the few movements were good and I would be off to see the Dr. Instead she looked at the little strip and said I think you need to have an ultrasound.

At this point I was getting a little nervous. I knew logically that I was full term and that if he needed to come out right now, that would be OK but I didn’t know why he was not moving. I text Al and she said she would come for the ultrasound. After 30 minutes of waiting, we went to the ultrasound. The ultrasound was a scary 20 minutes of the tech pushing on my stomach and Si refusing to move. She reassured that his heart was good, but she didn’t like that he would not move. She said the only time she had seen this was with a diabetic mom and baby with low blood sugar. I was so thankful Alex was with me. God was so faithful in letting her drive me to that appointment. After the ultrasound we went and saw the Dr. He checked me (3 centimeters dilated) and looked at the test results. He said that he felt like we needed to head over to the hospital for immediate induction. By this point James had made it to the OB (mom had gotten Bear) and so had Manda. It was such a relief to see James and I started to cry seeing him (Al and I had been trying our best to hold it together up until this point.). As we rode across the road to the hospital James prayed and I felt a wave of peace. As we sat in the waiting room James suggested I read Psalm 91 ( a recent favorite that I had been reading frequently). As I prayed and pulled out my Bible app I read the Psalm and the last three verse jumped out at me : “Because he loves me,” says the Lord, “I will rescue him; I will protect him, for he acknowledges my name He will call on me, and I will answer him; I will be with him in trouble, I will deliver him and honor him. With long life I will satisfy him and show him my salvation.” – Psalm 91: 14-16

It was if God was speaking these words to me about my sweet Simon. I felt such peace knowing who held the future after reading that Psalm and be reminded by the Holy Spirit how alive and faithful our God is. My prayer for Simon has been that He would listen to the Lord and it was so cool to see how the Lord used this verse to show me He hears my prayers as well. Around this time Al and Manda came into the waiting room and Alex told me she had called our cousin who is an OB in Charlotte. Cousin Sarah had made her feel much better about the situation and said sometimes babies just stop growing and moving towards the end of pregnancy because the placenta gets weaker and this could be the case. It was once again a huge comfort to hear.

We got to a room quickly and they hooked me up to the monitor and I remember Mom and Dad both coming in the room to say hey. Sue had gotten Bear so they could come, and I was glad to see them! At this point I still felt like they may do an emergency c-section and while I was 100% OK with this, I was obviously still hoping that I could deliver him. Dr. Ledger came in and watched his heart rate and checked me again. She said she felt like his heart rate was strong enough and I was far enough along to just break my water and see what happened. This was a relief (also we were all still really hoping for a December 13th delivery at this point and it was about 6:30pm on December 12th!). After she broke my water the contractions really started to pick up. I had been having small contractions all day, but nothing like these. I labored through a few hours of contractions and when my sweet nurse checked me again around 8:30pm I was at 5cm and decided I wanted to get an epidural.

I got the epidural around 9:15pm and told the nurse I did not want any Pitocin until at least 12am (on the 13th 😉 ). Our nurse, Christy, was literally the best and monitored Si’s heart rate extremely closely the whole time, reassuring me and helping me to move positions anytime it would drop. She was a little angel and looking back I am extra grateful for her reassurance and diligence in carrying for us. When we came back in at 11:15pm I was around 8cm and by 12:15am on December 13th I knew it was time to push.

After 4 pushes Simon Troxler Carter entered into the world screaming loudly at 12:23am on his aunty Al’s birthday. The doctor heard his screams and movement and said she was not worried about him at all!!! PRAISE THE LORD! James, Al, and Mom all got to be there when he entered the world and it was a gift to have their love and prayers through delivery! Since the whole process was stressful and slightly crazy I realized that I did not have my good camera. Al had her new iPhone so we opted for iPhone pictures, but man they are still some of my favorites. All imagery that captures emotion is beautiful and I will treasure those pictures forever.

All in all, I can look back and laugh seeing how the Lord answered prayers. Many prayers. Most importantly he delivered a beautiful healthy little guy into our family and He saw it fit to bring him on December 13th, his aunty’s birthday. Si’s birth was a fresh reminder to me that God hears prayers and He answers (so very often through His Word He speaks!). He is a God who doesn’t want to be far away, but intimate and real to His people. I will always remember December 13th as one of my favorite days because two of my most beloved people were brought into the world this day! And the end of Psalm 91 will always be Si’s verses. Thank you Lord for your faithfulness!

So much goodness to share from this past year. Reb

I love a perfectly posed and planned out photo but

Life with these 3 is sweet, loud, and a little cra

Hands down favorite part of this job is getting to

"I'm the Lorax I speak for the trees" @artbyalexva

Site Crafted by With Faith & Love